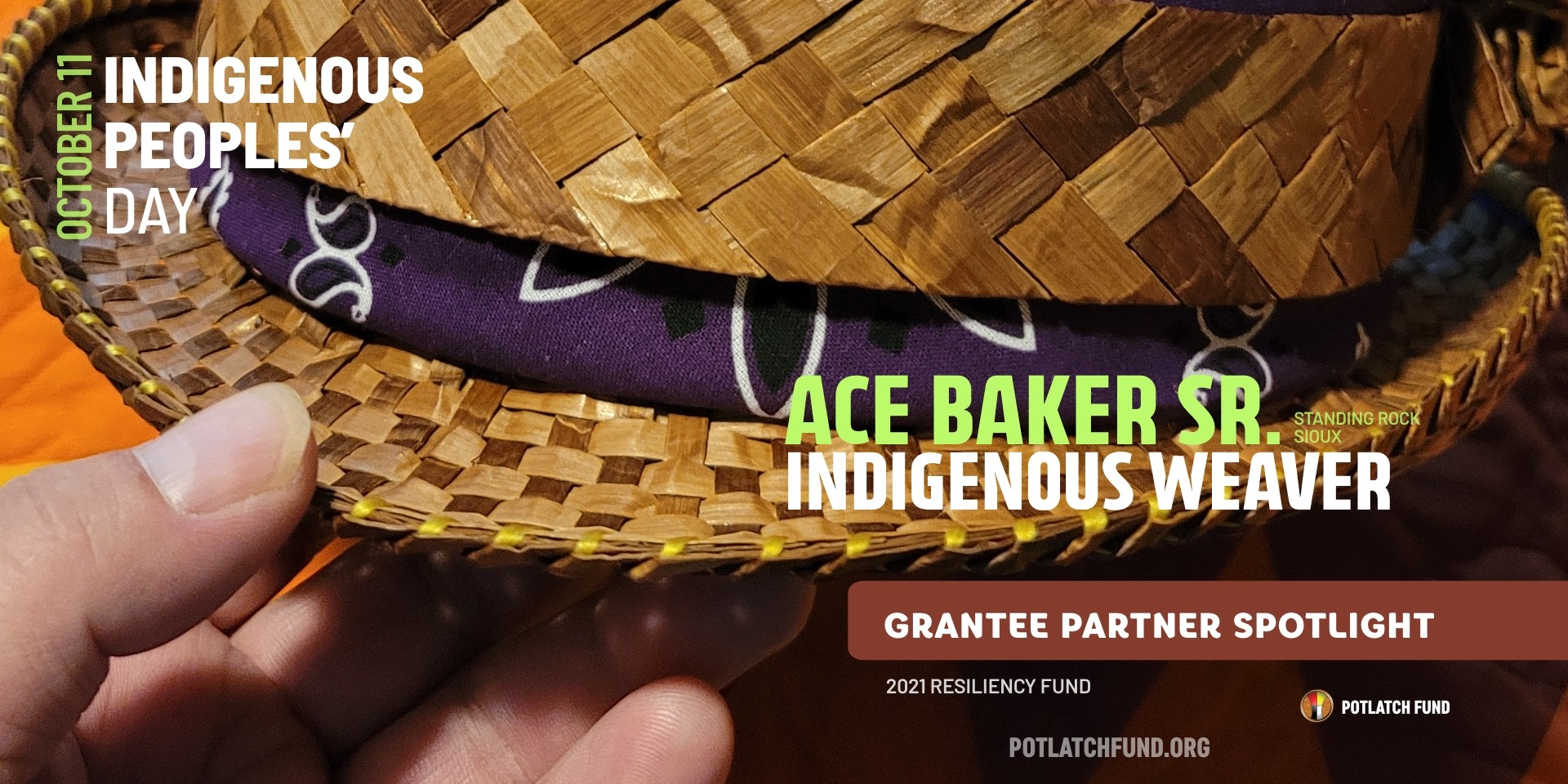 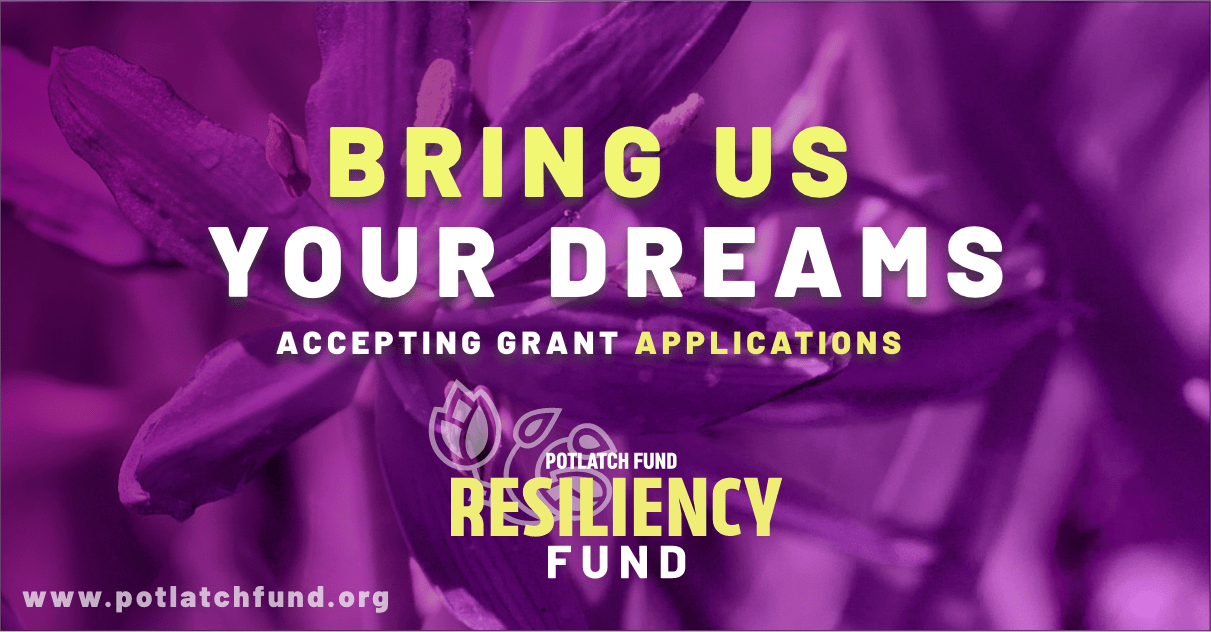 FOR IMMEDIATE RELEASEJuly 27, 2021 “If you can dream it, we are seeking to fund it.”Native-led Potlatch Fund seeks grant applicants for Resiliency Fund grant opportunity. SEATTLE, July 27, 2021 – Native-led Potlatch Fund is asking the Native community to “Bring us your dreams.” by applying for this new funding opportunity to address evolving community needs and long-term impacts of COVID-19. The Resiliency Fund is open to applicants serving Native communities in Washington, Oregon, Idaho and Montana and is available to Tribal departments and organizations for both programs and general operations, and to individual Native artists, both traditional and contemporary–visual, performing and multi-media. So far, two rounds of grants have been awarded to individual Native artists and organizations serving Native

Nimiipuu Nurtures Emerging Environmental Leaders Lapwai, IdahoA Potlatch Fund Grantee Partner When the Nimiipuu launched the canoe they’d built on the Snake River in 2017, it was the first tribal canoe on their ancestral waters in 113 years. More widely known as the Nez Perce Tribe of Lapwai, Idaho, the Nimiipuu have long been active stewards of their traditional homelands, working to protect the health of the environment by sponsoring educational summits and workshops, partnering with other environmental organizations, and advocating for the removal of the four lower Snake River dams. Building and launching a tribal canoe was a natural continuation of this mission, entwined with the vision of a free-flowing river and access to traditional lands for fishing, hunting

Native Professionals Night: Healing With Our Elders A Potlatch Fund One Fire Storytellers Series with Special Guests Glen and Yvette Pinkham Register here: https://bit.ly/2OeavCQ This event is on Zoom and the Zoom link will be sent out prior to the event. We invite our community to Native Professionals Night – Healing With Our Elders with Glen and Yvette Pinkham. As the one-year anniversary of the start of the COVID-19 pandemic comes into view, Potlatch Fund presents a community event for Native professionals to come together in a healing way. With COVID-19 creating so many barriers to coming together, we recognize the need to visit with elders and each other in a cultural and spiritual way. Join us for this hour and 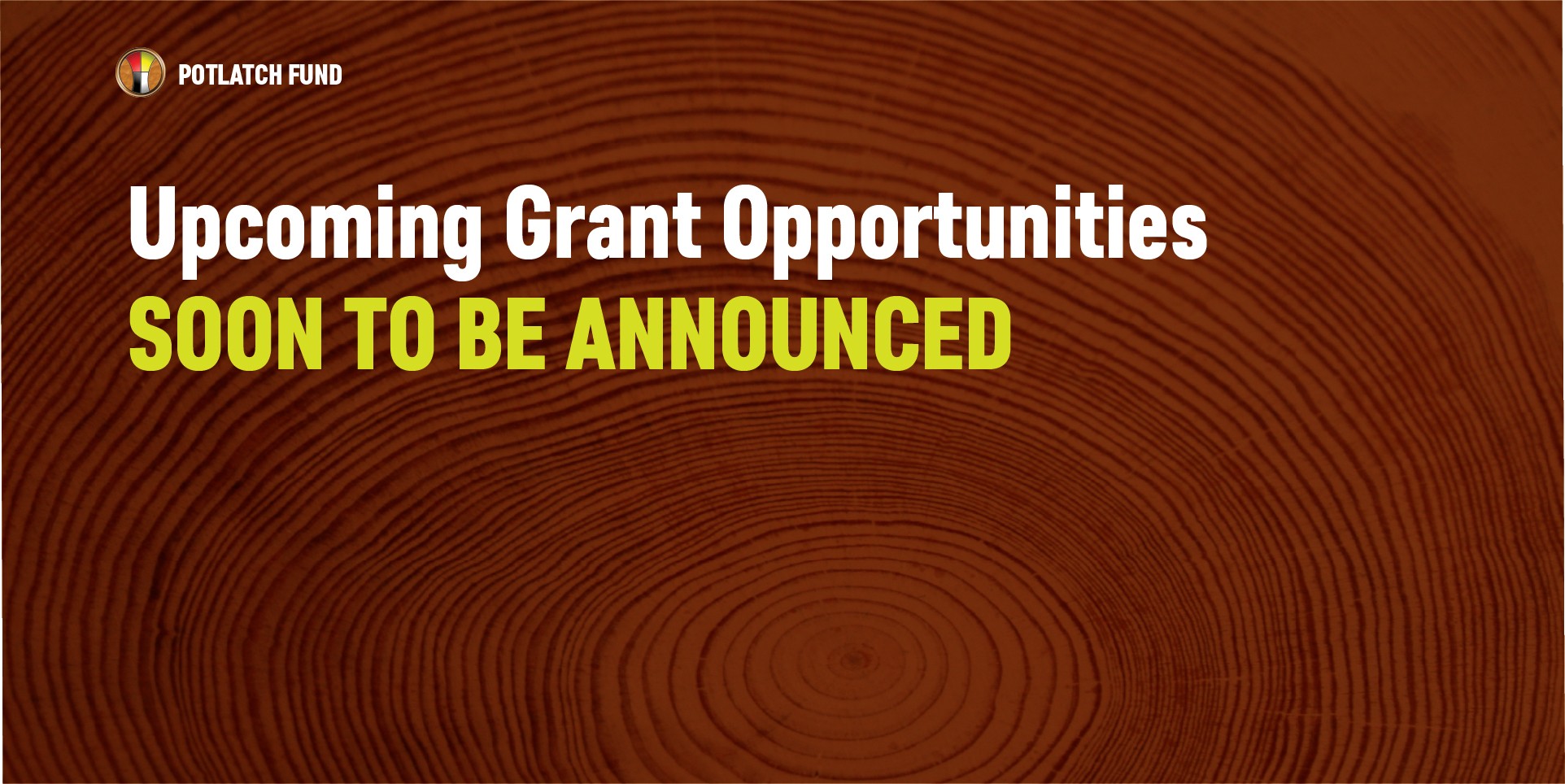 2021 Grants – Upcoming grant opportunities are soon to be announced. With the ongoing COVID-19 pandemic Potlatch Fund is continuing to find new ways to safeguard our community’s culture keepers. Many of our regular grant programs are closed in lieu of emergency Covid-19 grants. To hear about our upcoming, soon to be announced grants focused on helping Native communities during the COVID-19 pandemic follow our social feeds and emails below. Social accounts: Facebook: http://www.facebook.com/PotlatchFund Twitter: https://twitter.com/PotlatchFund Instagram: https://www.instagram.com/potlatchfund/ Email/newsletter signup form: Facebook: https://www.potlatchfund.org/contact/ (Scroll to the bottom of the page)

Helping Native Communities Thrive During COVID-19: Critical Response Grants From the beginning of the COVID-19 crisis, Potlatch Fund looked for the best way to support Native individuals and communities with emergency funding. By talking to current grant partners—the ones on the ground in their communities—we discovered the need for flexible, unrestricted funding in mostly rural and less populated communities within our service area. While we focused first on Native communities in Idaho, Oregon, and Montana, we were able to make additional grants to individuals and organizations in Washington as additional funding became available. We are pleased to announce the next round of Critical Response Grants to the following individuals and organizations: Individuals: Alyssa London of Bothell, WA Marlene Spencer Simla 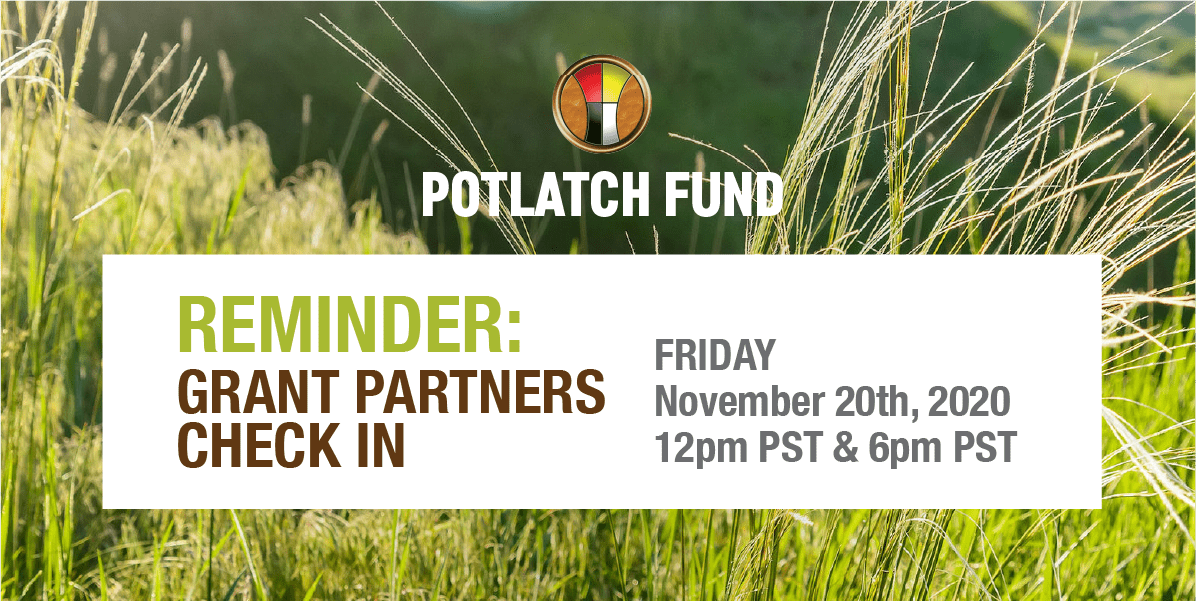 We are reaching out to  invite grant recipient partners to support our efforts to ensure that Potlatch Fund is staying connected and informed about the needs in our Northwest Native Communities. The next few months will be critical as we approach colder seasons and we anticipate the COVID-19 pandemic to continue well into 2021. Check your email for the meeting link. Please Join Us! Date: Friday, November 20th, 2020 12:00 PM (PST) Add to Calendar 6:00 PM (PST) Add to Calendar Over this past year we have been responding to COVID-19 by stepping up our grantmaking support of Tribal departments, Native nonprofit organizations, and Native Artists – all of which are crucial to maintaining our way of life. We are 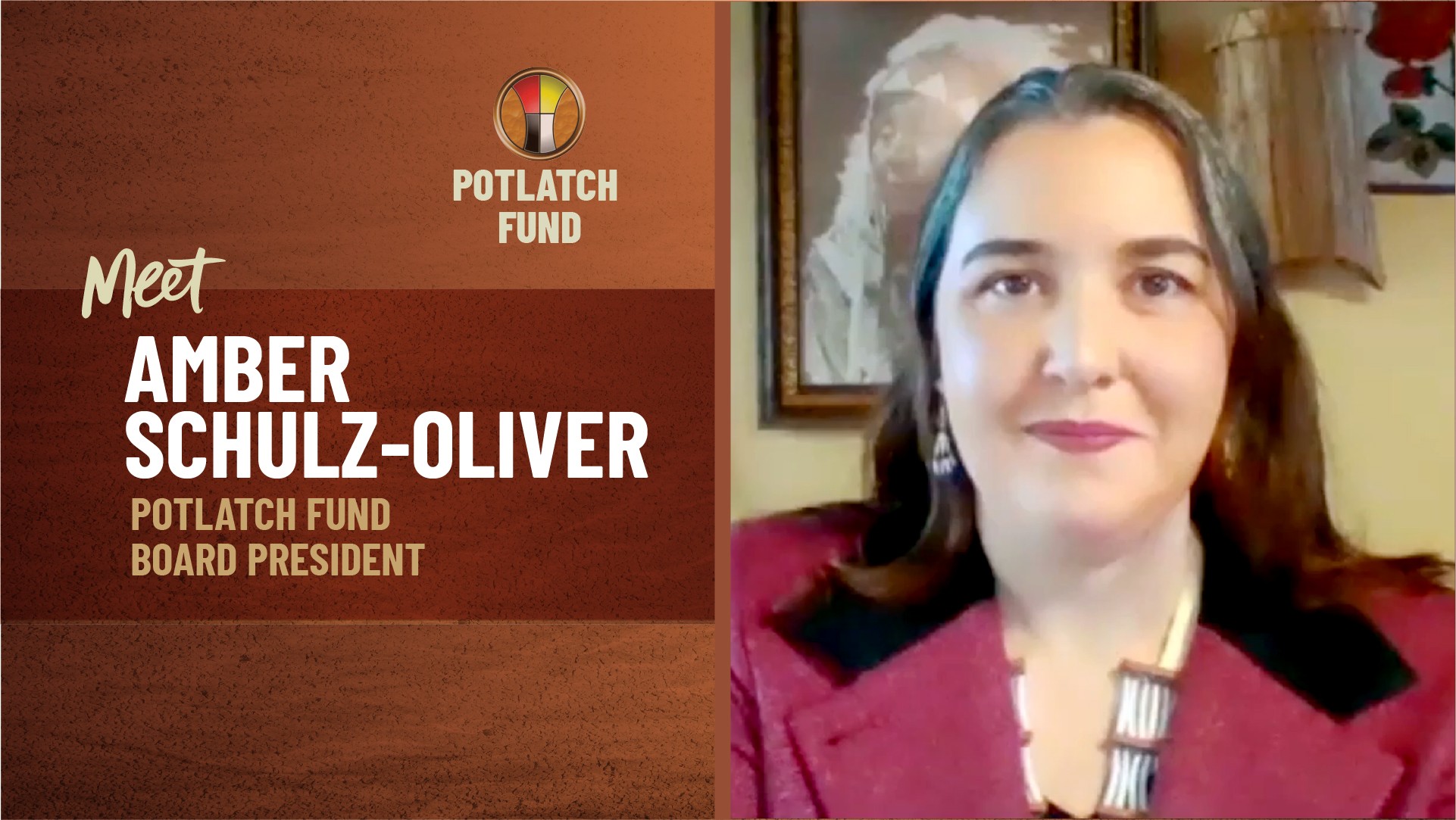 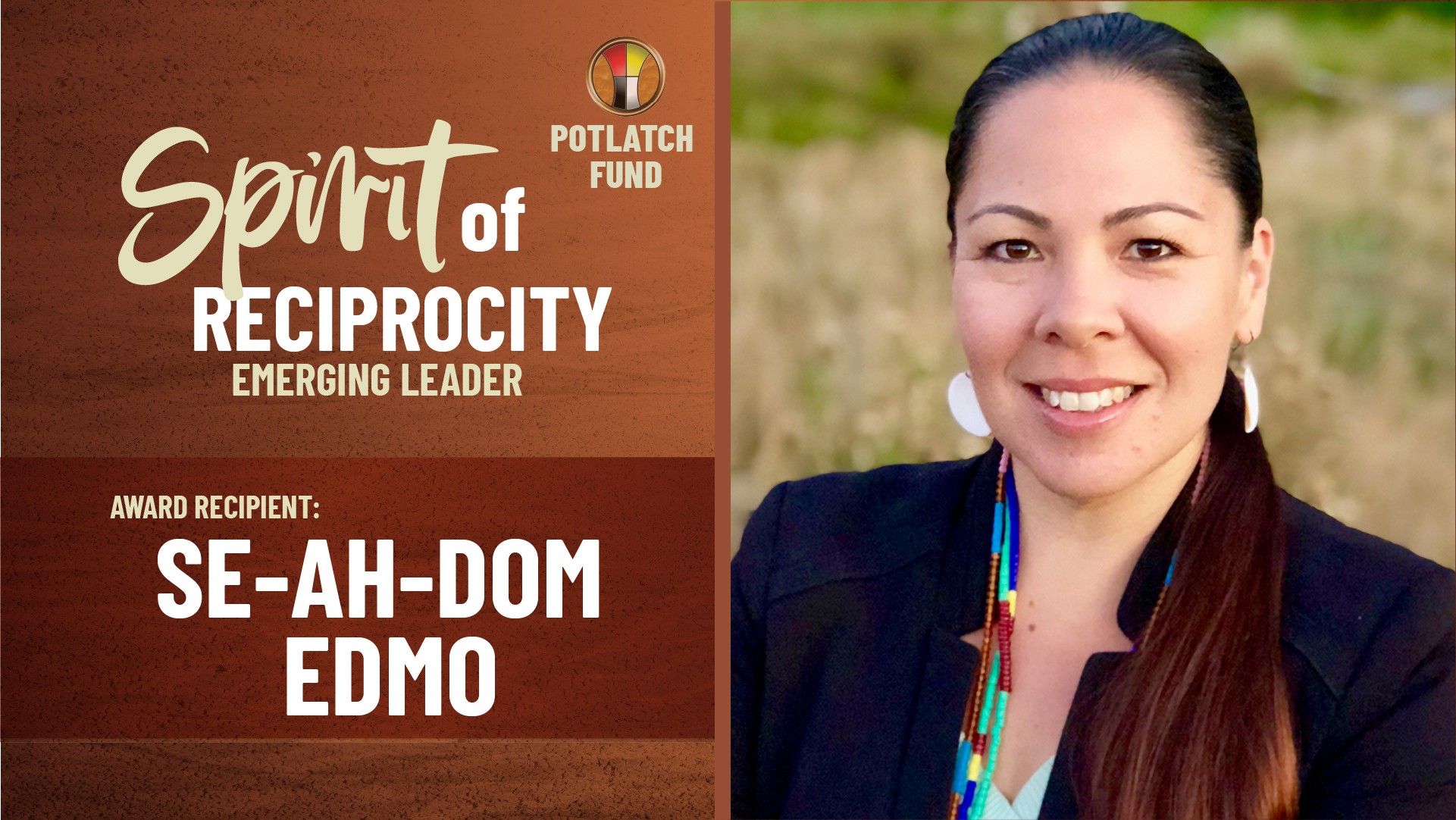