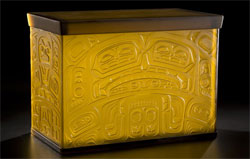 Since 2002, Potlatch Fund has distributed $4.2 million in grants to Northwest Native communities. We aim to continue expanding philanthropy across Indian Country through the following intiatives.

In addition to seeking out new initiatives, we honor established programs, demonstrated leadership, and already-achieved accomplishments.