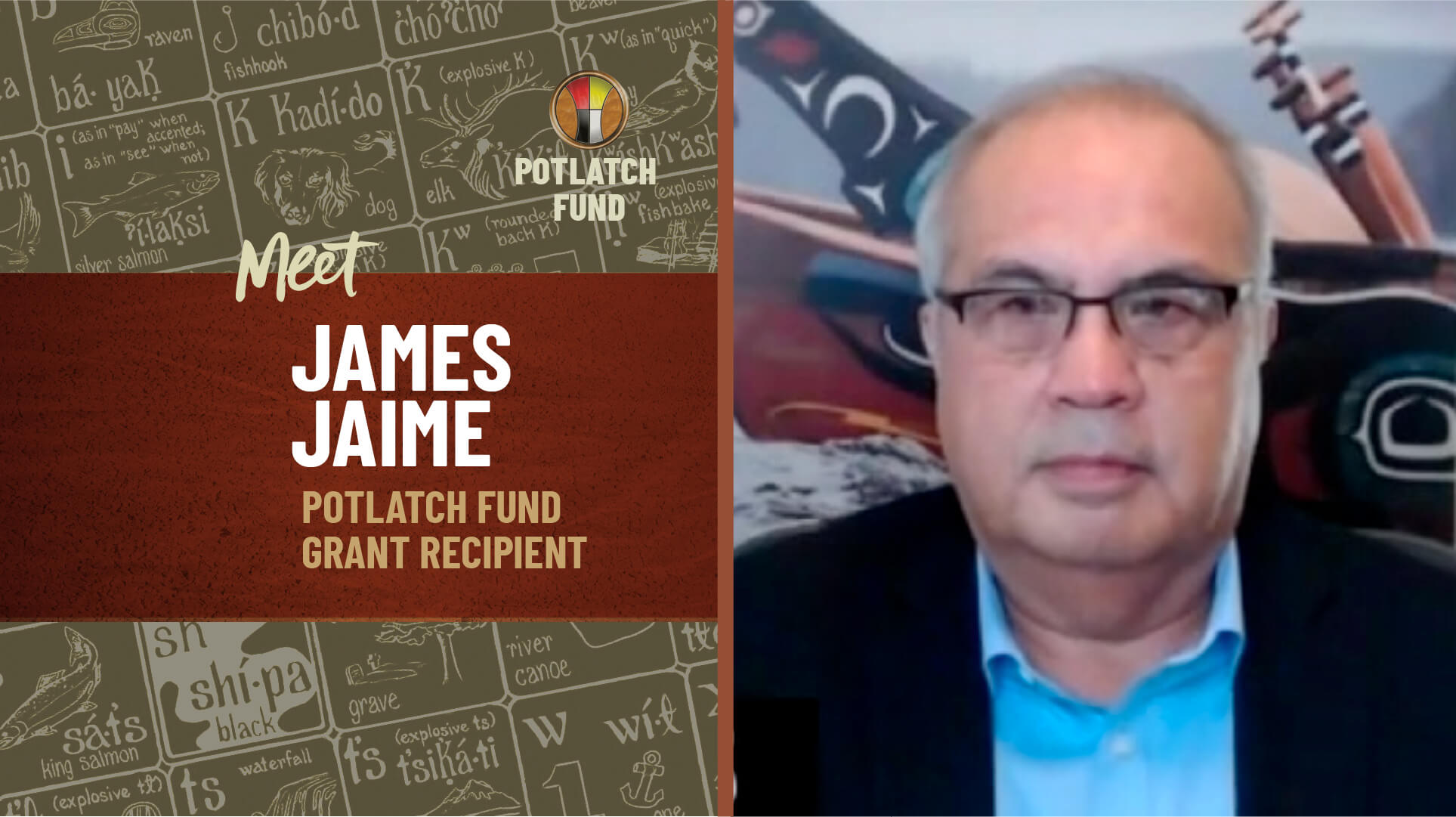 James Jaime has a passion for preserving the Quileute language. He grew up in La Push, Washington, and watched over the years as the number of fluent Quileute language speakers decreased from 2,000 to just one, while at the same time the tribe’s population more than doubled.

With help, James began cataloging and indexing materials and resources. And although the Quileute language is now considered “extinct” by some, James isn’t going to let it die.

With help from Potlatch Fund, he participated in a Language Cohort with 14 other members, an experience he says gave him the energy and hope to persevere in his quest.

Today, James and his team have produced four out of six planned Quileute language books, also with help from Potlatch Fund, and they are steadily adding Quileute words and phrases to an online talking dictionary. When the new tribal school opens in 2022, their goal is to have language teachers and curriculum in place for all students, ensuring that the Quileute language remains alive for the next generation.

Find out more about James and his efforts to preserve the Quileute language when you join us for Potlatch Fund’s 18th Annual Gala on November 7, 5pm PST.
CLICK TO SEE THE FULL AGENDA & REGISTER